The name House shipment derives from the fact that the shipment is an "in-house transport" and will be processed between shipper and agents and consignee. The airline (carrier) is not involved at this level of transportation.

The following operations can be handled in this application: data entry, invoices for the house airwaybill (HAWB), printing of documents, costs, revenues and delivery notes. 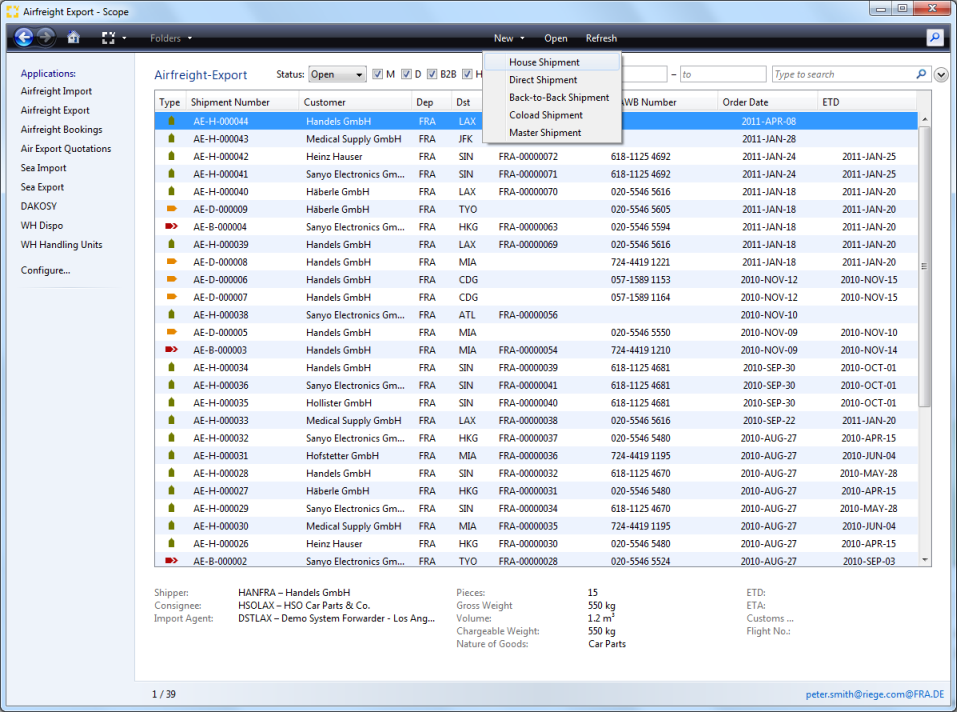 Select New - House shipment to create a new house shipment.
Select Open to open an existing shipment highlighted in the overview. Alternatively the shipment can also be Double Clicked and this will open the shipment in the full shipment editor.

The function of each program editor is described here: